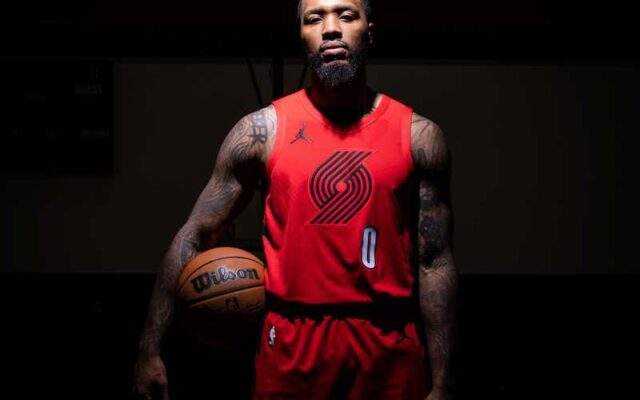 It’s been a long offseason that has seen significant positional upgrades (Jerami Grant), the addition of tantalizing prospects (Shaedon Sharpe), and a whole lot of terrible defense (the entire preseason). While there is one thing about this year’s Trail Blazers that excites me more than in seasons past, I’m also dreading other aspects of this team.

What I’m Excited About

The return of Dame Dolla. After the difficult season last year, it’s easy to forget how explosive Damian Lillard is. Before being shut down early in the season, Lillard didn’t quite look like his old dominant self. To be fair, he did still average 25 points and 7 assists with an abdominal muscle detached from the bone, but it wasn’t what Trail Blazers fans were used to seeing. This year, Lillard says he’s healthy – and the way he got to his spots this preseason proved it. Look for a dominant year from Lillard, who is returning refreshed, refocused, and ready to prove the doubters wrong.

Shaedon Sharpe playing time. We don’t know how much, if any, playing time rookie Shaedon Sharpe is going to get this season. But if the preseason was any example, they’ll prove to be glimpses of potential future greatness. For every missed rotation or 3-pointer left short was a display of grace and athleticism that is else seldom seen – even at the NBA level. You can see why Portland took him with the 7th pick despite his not having played a single minute at Kentucky.

What I’m NOT Excited About

The defense. It feels like every October, the team talks about this finally being the season that they play consistent, focused defense. The last few seasons have been a train wreck in this regard, finishing 25th, 27th, and 29th on that end of the floor. The preseason didn’t show any improvement on that end, with the team allowing easy 3-pointers seemingly at will. If they switched on the pick-and-roll, the opposing guards took advantage of the mismatch. If they fought through the screen…well, there was no fighting through the screen. They even inexplicably played zone defense against a red-hot Sacramento Kings team, which brings me to….

Can Chauncey Billups coach? We don’t know the answer to this one. Last season was a disaster, but it’s not fair to pin the results of a tanking team on Billups. The optimist would say that the Trail Blazers were trying to lose games. The pessimist would say that they looked bad before they even pulled the plug on the season. This year, we’ll see what Billups has in mind for this team and whether he’s maximizing his players’ talent or if he’s shoehorning them into his system.