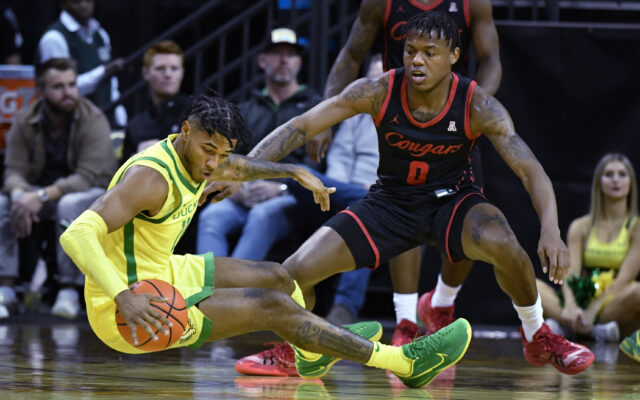 The Oregon Ducks fell 66-56 to Houston on Sunday in their final game before Thanksgiving’s Phil Knight Invitational.

Houston was led by senior guard Marcus Sasser, who had 16 points in the win. Freshman Terrance Arceneaux added a career high 15 for the 5-0 Cougars.

Oregon was led by senior big man N’Faly Dante, who had 16 points, 11 rebounds, and three blocked shots. Will Richardson added 13 for the Ducks.

Oregon only shot 38.8 percent from the floor including 3-22 from behind the 3-point line as Houston demonstrated that the suffocating defense that took them to an Elite Eight and Final Four in the past two seasons is still intact.

The Ducks now look ahead to Thanksgiving Day, as they take on UConn at 5pm in the Phil Knight Invitational.