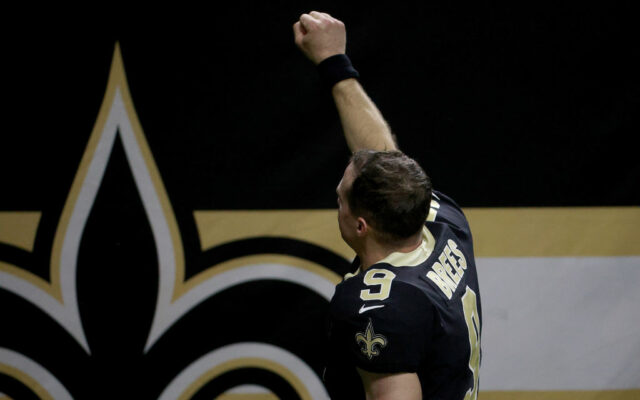 New Orleans Saints quarterback Drew Brees announced his retirement on Sunday, the anniversary of his signing with the team 15 years ago.

Brees retires as the All-Time Leader in several NFL categories:

Brees spent five seasons with the then-San Diego Chargers before an injury (torn labrum) to his throwing shoulder almost ended his career. He needed surgery, and teams were worried that he wouldn’t recover.

Well, New Orleans took the “risk” and it was well worth it. Brees went 142-86 during his time on the Bayou.

In 2011, Brees won his (and the team’s) only Super Bowl appearance in SB XLIV, beating Peyton Manning and the Indianapolis Colts 31-17. Brees was named Super Bowl MVP after throwing for 288 yards and two touchdowns on 32-of-39 passing, which set the SB record for completion percentage (80.1).

Next, Brees will join NBC as a football analyst. He announced on Monday’s edition of the “Today Show” that he will work in-studio for “Football Night in America” and on NBC’s Sunday Night Football broadcast.

Then, five years from now he should be getting the call for enshrinement to the Pro Football Hall of Fame.