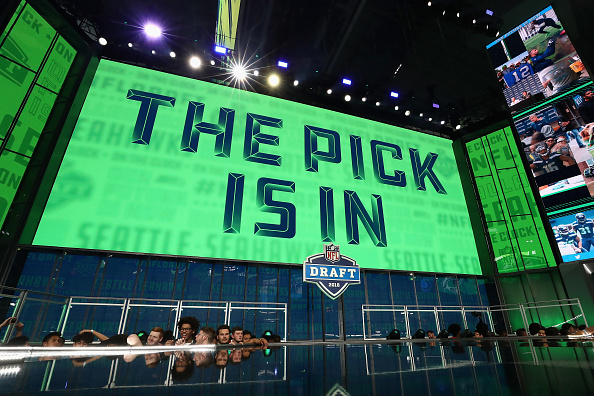 After the NBA Trade Deadline wrapped up on Thursday, the NFL decided Friday was a good day for trades.

First, the San Francisco 49ers traded from the No. 12 spot in the upcoming NFL Draft to the No. 3 spot with Miami. Obviously, it wasn’t that cut and dry.

Then, Miami turned around and jumped back into the Top 10 after trading with Philadelphia.

In one day, all this happened: pic.twitter.com/qvvIZsBJH8

Now, 49ers QB Jimmy Garoppolo’s future with the team appears in question. Adam Schefter reports otherwise, even though it doesn’t sound like the greatest vote of confidence for Jimmy G.

We’ve heard “he’s our guy” so many times in the last few years — Jared Goff this summer, Josh Rosen before the Cardinals drafted Kyler Murray, etc. — so Garoppolo shouldn’t get too comfortable in the bay area.

Also, back to Miami for a second, the Dolphins now have a ridiculous amount of draft picks in the first three rounds of the next three NFL Drafts.

After today, Dolphins have some serious draft capital: pic.twitter.com/gun5mNnhTN