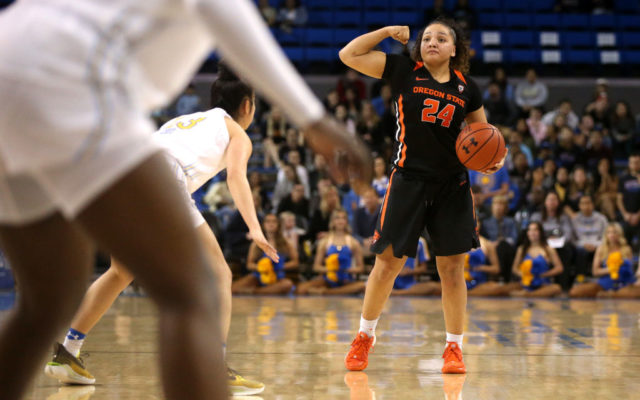 Slocum led the Beavs in scoring (14.9 points per game) and assists (4.7 per game) last year, while also being an All-Pac-12 selection and earned a Women’s Basketball Coaches Association All-America honorable mention.

The departure from Corvallis is just the latest move for Slocum in college. She originally committed to the University of Washington, but then she reopened her recruitment. Slocum ended up at Maryland where she earned the WBCA’s Freshman of the Year award.

With the transfer to Arkansas, Slocum will finally play for coach Mike Neighbors, who was the Huskies coach when she was a high school recruit from Meridian, Idaho.

Neighbors was understandably excited when Slocum announced her decision on Saturday.

Slocum never offered a reason for why she left Oregon State. With her departure, the Beavs will look to replace Slocum and Mikayla Pivec, who went to the Atlanta Dream in the third round (pick No. 25 overall) of the 2020 WNBA Draft.