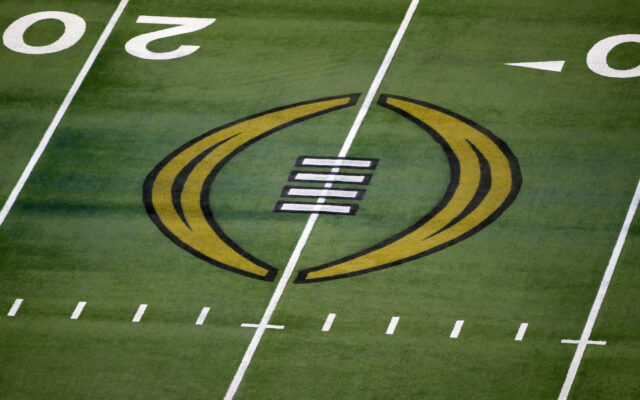 FILE - The College Football Playoff logo is shown on the field at AT&T Stadium before the Rose Bowl NCAA college football game between Notre Dame and Alabama in Arlington, Texas, Jan. 1, 2021. The university presidents who oversee the College Football Playoff voted Friday, Sept. 2, 2022, to expand the postseason model for determining a national champion from four to 12 teams no later than the 2026 season. (AP Photo/Roger Steinman, File)

The Brand new College Football Playoff rankings came out late Tuesday night.  The Oregon State Beavers are back in the rankings.  This time they are in at #23 after beating Cal at Reser Stadium.  The Ducks fell but only fell a couple of spots after losing to Washington.  The Ducks are the #12 team in the new rankings.  Where Washington was #25 and after the win they move up to #17.

The Pac 12 has 6 ranked teams in the College Football Playoff rankings.  Here are the rankings of the Pac 12 teams.