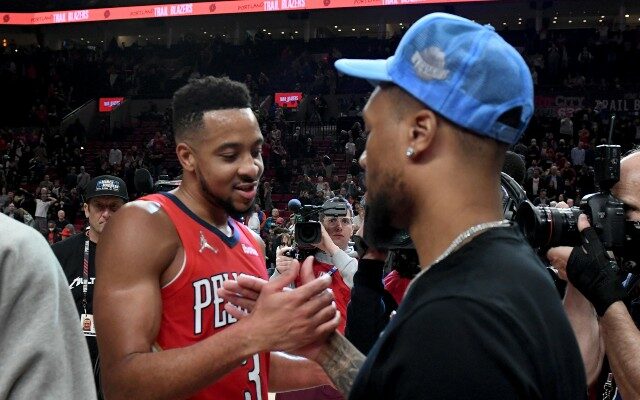 It was an emotional night at Moda Center Wednesday night as CJ McCollum made his return to Portland for the first time since being traded to New Orleans.

McCollum had 25 points and the Pelicans topped the Blazers 117-107.  McCollum shot 9-for-16 from the floor and 3-for-6 from three-point range while only going 4-for-8 from the free throw line.  He also had four assists and three rebounds.

McCollum will face the Trail Blazers once more this season, April 7th in New Orleans.

The win keeps the Pelicans in line for the nine-seed in the Western Conference.  The seven through ten seeds will participate in the NBA play-in tournament April 12th through April 15th.

The Blazers drop to 27-49 overall, now the sixth-worst record in the association.

Portland visits San Antonio for the first of two consecutive meetings with the Spurs on Friday.