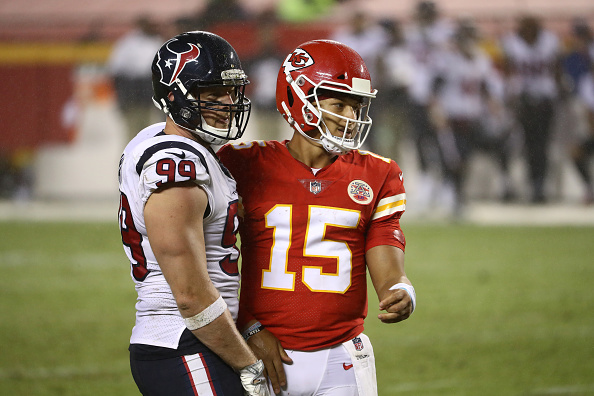 The Kansas City Chiefs’ offense didn’t miss a beat in the offseason.

The Super Bowl champs beat the Houston Texans 34-20 in the NFL season opener, and the game wasn’t even as close as the score indicated, with the Texans scoring 13 points in the 4th quarter when the game was all but decided.

Patrick Mahomes, in his first game since his massive extension, put up 211 yards on 24/32 passing with 3 TD’s. Rookie running back Clyde Edwards-Helaire, in his NFL debut, ran for 138 yards on 25 carries, including a touchdown.

For the Texans, while Deshaun Watson had more protection on the offensive line than in previous years, he still didn’t have enough weapons. He did finish with 253 passing yards with a touchdown pass, and a run for another score, but it wasn’t enough to overcome the Chiefs offense.