Canzano: The Sewell Dream Fueled by Football and Family 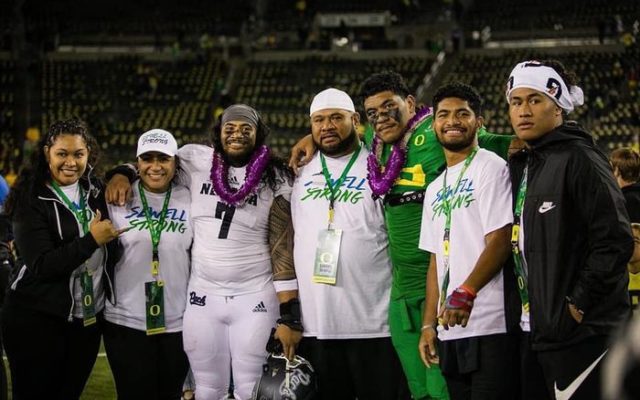 The family home was the size of a garage. It had a single bedroom, used mostly as a giant closet. All seven members of Gabriel Sewell’s family slept on futon mattresses on the living room floor.

The pandemic which resulted in the delay of the college football season for Oregon, may mean that we have seen the last of the Ducks’ star offensive lineman, Penei Sewell.

That Sewell duo, the Ducks’ Pac-12 season with College Football Playoff hopes — both stalled by a pandemic. The fall football season has been postponed, maybe to January. And most now believe we’ve seen the last of Penei, the reigning Outland Trophy winner, in a college uniform.

“I’ve had some great ones,” UO coach Mario Cristobal told me this summer, “but he’s the best one ever.”

Canzano continues by sharing where the Sewell family’s story began, on a tiny island in the Pacific Ocean.

Seven family members resided in that humble house on a tiny island in the Pacific Ocean halfway between Hawaii and New Zealand. One daughter and four sons — now-25-year-old Gabriella, 24-year-old James, and Nephi (22), Penei (20), and Noah (18).

Said their father: “It was crazy, but the fun thing is they had each other. We didn’t have to take them far to find playdates.”

Read the full story at OregonLive.com