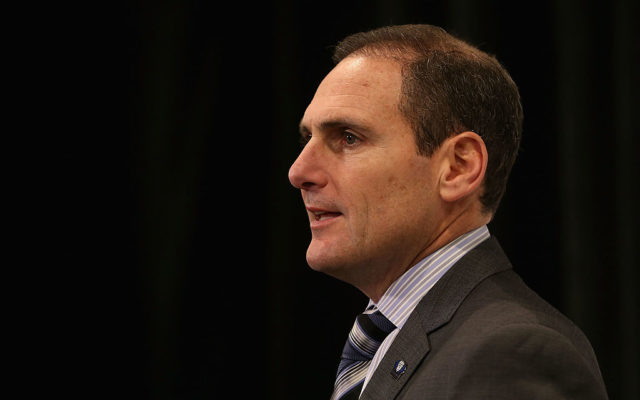 Part of the email from Scott read, “our CEO Group approved our conference budget for this coming year, which includes a 9 percent overall decrease in expenses along with salary reductions for employees making over $100,000 in annual salary,” according to Canzano.

The reductions are immediate, and they will last 12 months. Employees making six-figures will take between a 5-10 percent cut, while the commissioner said in the email he will take a 12 percent cut, according to Canzano.

In the article, one long-time Pac-12 employee said “You do the math … people are trying to survive in [San Francisco]. Simply put, [Scott] should have cut his salary in half and saved the staff from cuts that crush staffers.”

Also, a high-level conference administrator said “There’s serious talk amongst the Pac-12 CEO Group … to end his contract ahead of the expiration date to have a fighting chance to save the (conference) Networks.”

Could Larry Scott’s contract be bought out? We don’t know for sure, but there certainly seems to be some momentum for removing Scott among the Pac-12 CEO Group.

Scott’s contract runs through Summer 2022, while the Pac-12’s media rights contracts expire in 2024.