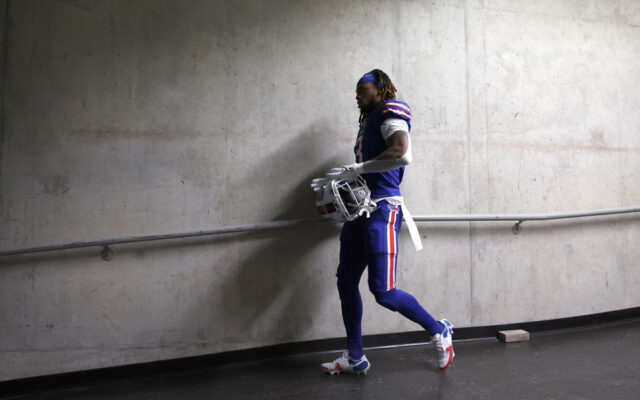 DETROIT, MICHIGAN - NOVEMBER 20: Damar Hamlin #3 of the Buffalo Bills walks through a tunnel during pregame against the Cleveland Browns at Ford Field on November 20, 2022 in Detroit, Michigan. (Photo by Gregory Shamus/Getty Images)

“Per the physicians caring for Damar Hamlin at the University of Cincinnati Medical Center, Damar has shown remarkable improvement over the past 24 hours.  While still critically ill, he has demonstrated that he appears to be neurologically intact.  His lungs continue to heal and he is making steady progress.

We are grateful for the love and support we have received.”

Damar Hamlin has been gripping the hands of those close to him. Another very positive sign. https://t.co/GpabbnqTWm

Hamlin was hospitalized in critical condition at the UC Medical Center after collapsing on the field Monday night after making a tackle on Cincinnati’s Tee Higgins.  The Bills later confirmed Hamlin suffered cardiac arrest on the field.  He was administered CPR on the field and was transported via ambulance to the hospital.