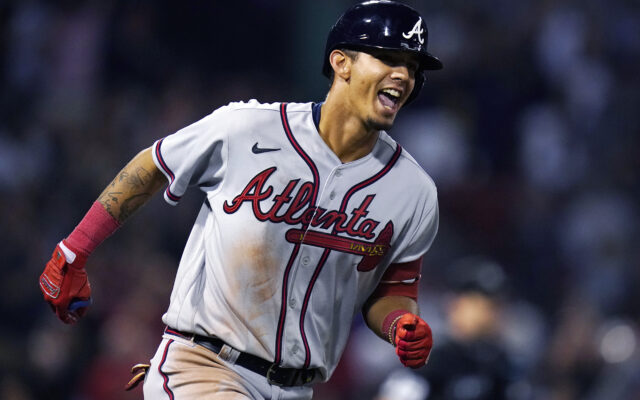 Called up earlier in the day from Double-A, the 21-year-old Grissom hit the first pitch he saw in the seventh inning over the Green Monster for his first big league hit.

Grissom was batting .324 with 14 homers, 67 RBIs and 27 stolen bases at Class A and Double-A this season. He started at second base and batted ninth for Atlanta. Grissom also singled, stole 2nd base, and scored a run in the win.