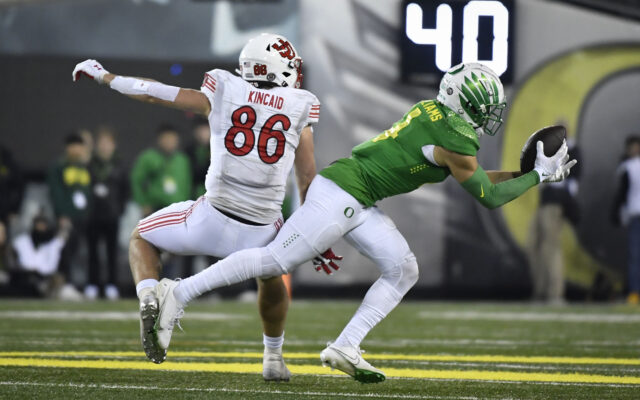 Senior defensive back Bennett Williams has been named the Pac-12 Defensive Player of the Week after leading Oregon’s defense in last Saturday’s 20-17 win over No. 10 Utah.

This is the first weekly honor of the season for Williams, and second of his career. He is the second Duck this season to be named the Pac-12 Defensive Player of the Week, joining Christian Gonzalez.

Oregon has now won 13 total weekly awards from the conference this season, most in the league.

» Now has a team-high eight career interceptions (five at Oregon).

» Matched his career-high with 14 tackles, the most by a Duck this season.

» Also assisted on a tackle for loss.

» Earned a solid 76.8 defensive grade from Pro Football Focus, including a 76.2 coverage grade