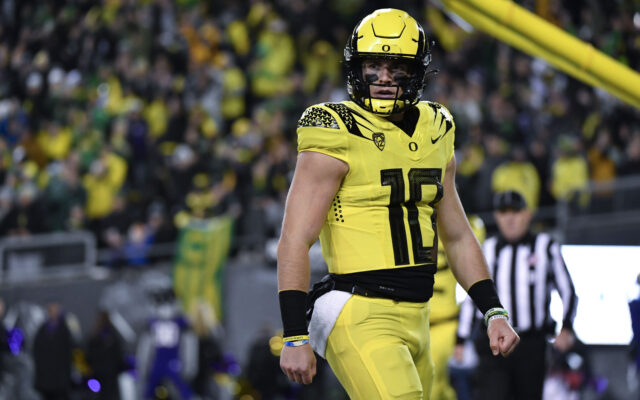 While there was no change to the top five in this week’s AP Poll, there was movement in the Pac-12 after a couple of stunning upsets.

With the win over Oregon, Washington moved up to No. 15.

No. 3 Michigan, No. 4 TCU and No. 5 Tennessee all held steady after winning on Saturday..