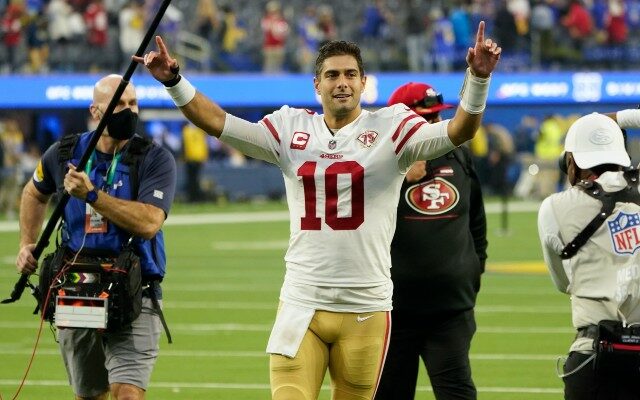 The San Francisco 49ers and quarterback, Jimmy Garoppolo, have agreed to a new contract to keep the former starter in San Francisco for the 2022-23 season.  Garoppolo had shoulder surgery during the offseason and the 49ers drafted Trey Lance in the first round of the draft a season ago.  So Garoppolo was never going to be the starter, but the 49ers were actively trying to trade the quarterback.

The #49ers and QB Jimmy Garoppolo are finalizing a new contract that will make him the highest paid backup in the NFL, sources tell me and @MikeGarafolo. A solution that keeps Jimmy G on the roster while making clear it’s Trey Lance’s team going forward. pic.twitter.com/HZJf5Zc48m

With Garoppolo staying with the 49ers, it looks like Seahawks and other teams will not be acquiring Garoppolo.  The new deal is worth $6.5 million in base, fully guaranteed. He also has playtime bonuses that can boost it another nearly $9M.  It also contains a no trade clause to guarantee that Garoppolo will be with the 49ers the entire season.