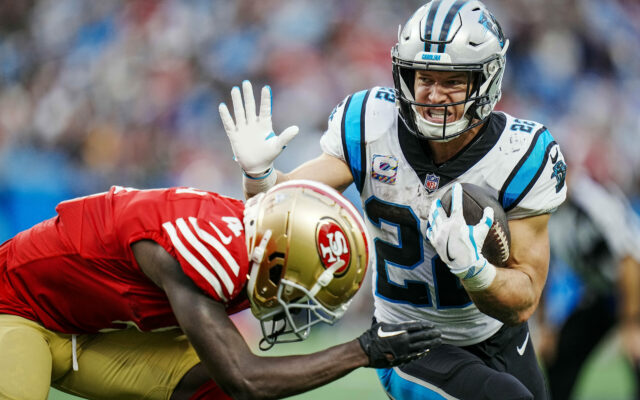 Christian McCaffrey is returning to the Bay Area.  The San Francisco 49ers made a high-risk, high-reward move late Thursday night, acquiring McCaffrey in a trade that sends multiple draft picks back to Carolina.

McCaffrey was a Heisman finalist at Stanford in the 2015 college football season, and was the 8th overall pick in the 2017 NFL Draft by Carolina.

McCaffrey’s father, Ed, was a longtime NFL receiver, including a stint with the 49ers as well as with Mike Shanahan’s Denver Broncos.  Now, it’s another Shanahan-McCaffrey reunion a generation later, with Christian set to make plays in Kyle’s backfield.