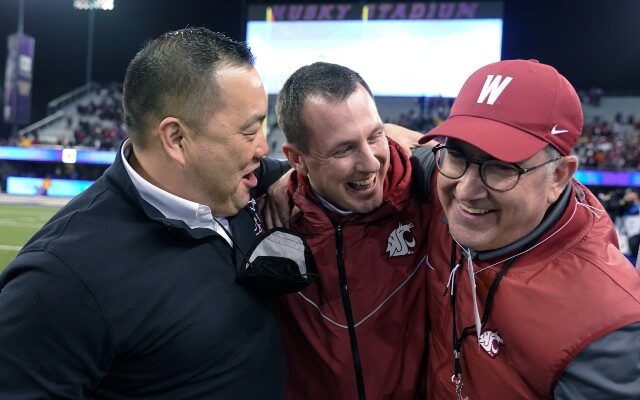 Washington State University named Jake Dickert their new head football coach on Saturday, removing his interim title, one day after the Cougars dominated their rival Huskies in Seattle in the Apple Cup 40-13.

Dickert took the interim head coach role following former head coach Nick Rolovich’s firing on October 18th.  Rolovich and four assistants were let go from their positions due to their refusal to get the Covid-19 vaccination.  Dickert took over the final five games of the regular season, going 3-2, capped by the dominant road win over Washington.  It was WSU’s most lopsided victory ever over their rival.

It is a five-year contract in principle for Dickert and WSU.

The 38-year-old Dickert has only been coaching at the FBS ranks in 2017 and was never previously a head coach prior to his stint with the Cougars.