Woj: NBA Allowing Teams to Open Practice Facilities; What does it mean for Blazers? 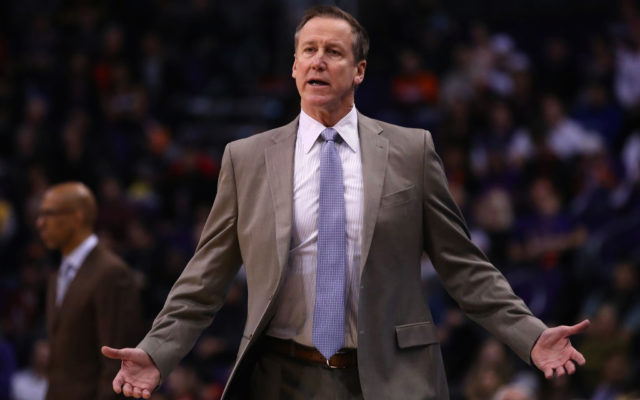 The NBA could be back in 2020, and on Saturday ESPN’s Adrian Wojnarowski broke the news on what step one appears to be.

Beginning on May 1, the NBA is allowing teams to open their practice facilities to players in cities and states where local governments have eased stay-at-home orders, sources tell ESPN.

The State of Georgia is moving to open businesses like gyms. However, the Atlanta Hawks will not be opening their facilities.

Hawks President of Basketball Operations/GM Travis Schlenk tells ESPN that Hawks won’t be opening team facility to players Friday. “We are going to wait and see what happens in the state over the couple of weeks,” Schlenk tells ESPN. Georgia relaxed stay-at-home policies.

Recently, Woj reported the league is not getting a great response to the plan.

Even with pushback, there are some teams who still want facilities re-opened. The re-opening date could also be pushed back “a week or so,” according to Wojnarowski.

Despite pushback among many franchises, there are still other teams embracing idea of re-opening facilities, believing that a clean, safe and monitored team environment is needed now to keep players from potentially searching out less safe gymnasium environments to stay in shape.

What does this mean for the Trail Blazers?

Of course, the question we care about most is listed above. Right now, it doesn’t mean a whole lot.

Oregon Gov. Kate Brown issued the “Stay-at-Home” order back in late March. Oregon is one of six states that the Governor can order emergency orders without needing to renew them.

So, what essentially means is Gov. Brown doesn’t need to keep updating the “end date” for the order to conclude. She can simply not announce an end date until she is ready.

The other big thing is Oregon, Washington and California made a pact (Western States Pact) to help determine when states would reopen. Also, Nevada and Colorado joined the pact on Monday.

When the pact was started, the original three agreed that “residents’ health comes first … health outcomes and science — not politics — will guide these decisions … [and] our states will only be effective by working together.”

What that tells me is the teams in these five states (Oregon, California, Washington, Nevada and Colorado) will not be re-opening facilities until certain requirements are met.