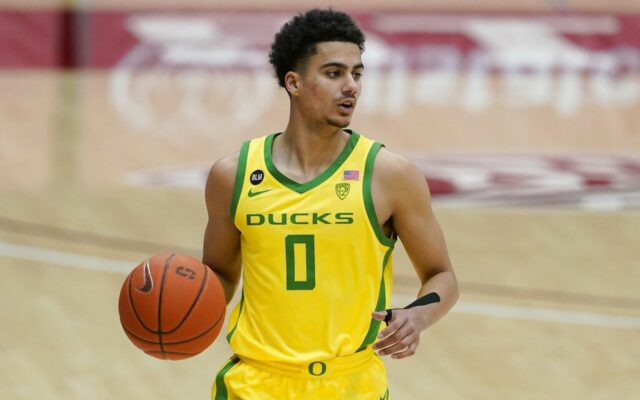 Oregon Guard Will Richardson had an interesting weekend, playing 32 minutes with zero points last Thursday in a loss to Washington then not appearing for the Saturday contest against Washington State.

EUGENE, Ore. – Senior Will Richardson has been named to the All-Pac-12 Second Team, it was announced today by the conference.

One of 37 players in program history to record over 1,000 points at Oregon, Richardson ranks ninth all-time in both assists and steals for the Ducks.

EUGENE, Ore. – Senior guard Will Richardson will not travel with the team to Las Vegas for the Pac-12 Tournament due to a non-COVID-19-related illness.

More about:
Pac-12
Richardson
Will