Will Portland Make the NBA Playoffs? 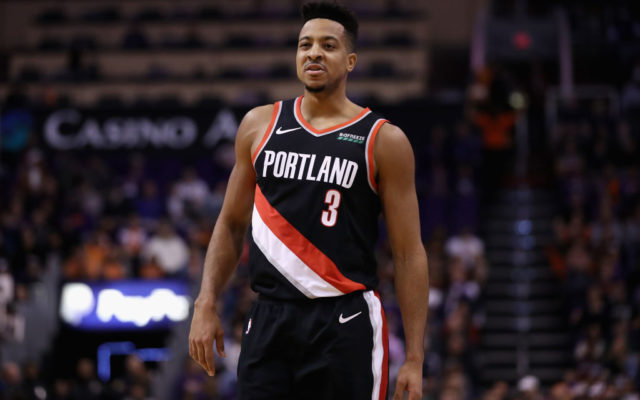 The NBA Restart is finally upon us with games starting tomorrow, and the Portland Trail Blazers starting on Friday.

The Blazers have eight games to keep hold of the No. 9 seed and/or steal the No. 8 seed from Memphis before the best-of-two opportunity. Portland will be 3.5 games behind the Grizzlies when the season resumes, and they immediately face each other on Friday.

Obviously there are a ton of factors to consider when we try to answer the title question, but the biggest factor is who you have to play, aka Strength of Schedule.

Portland’s Schedule Compared to Others

When the season restart was announced, The Ringer put together a comprehensive look at the odds for all 22 teams invited to the bubble.

Of the 22 teams, Portland has the third toughest schedule. The only two teams with harder schedules are the Miami Heat and the Toronto Raptors. The Heat only play one team below .500 (Phoenix), while the Blazers and Raptors each play only two teams below .500; both teams face Memphis, while Portland also faces Brooklyn and Toronto battles Orlando.

The teams right behind Portland are the LA Lakers (No. 4) and Denver Nuggets (No. 5) for toughest schedules. Los Angeles faces just one below .500 team (Sacramento) while Denver will face two (Portland and San Antonio).

How about the other teams in the West who Portland will be battling? San Antonio, Sacramento and New Orleans, who are all within four games of Memphis, all sit in the bottom five of strength of schedule. Again, there are 22 teams playing eight “play-in” games; San Antonio is No. 18 in strength of schedule, Sacramento is No. 19 and New Orleans has the easiest schedule at No. 22.

So, all you people saying “the NBA didn’t purposely make the Pelicans schedule easier so we’ll get LeBron vs. Zion” can just shut up. The NBA literally gave New Orleans the easiest path to the No. 8 seed. Even Memphis, the current No. 8 seed, has the seventh toughest schedule (Portland, San Antonio, New Orleans, Utah, OKC, Toronto, Boston and Milwaukee).

Damian Lillard only played in one of the Blazers scrimmages while CJ McCollum played in two of the three exhibition games. Lillard missed Sunday against Toronto with left foot inflammation before both backcourt stars were given the night off Tuesday against the Thunder.

Portland’s hopes of making the No. 8 seed, and the possibility of upsetting the current No. 1 seed, the Lakers, grew when news surfaced about how good Jusuf Nurkic and Zach Collins looked at bubble practices.

Realistically, the Blazers’ best case scenario is they earn the No. 8 seed and make the Lakers earn a first-round series win. The homer pick is Portland wins the NBA title, but I’m not going that far.

I do think the Portland can upset the Lakers. After that, they would need some serious help to get past the LA Clippers. If they got past Kawhi Leonard, then I think they could beat anybody else. However, I don’t think they’ll get past Leonard.

My expectation for the Blazers is simple: 1) Earn the No. 8 seed and 2) Force at least a Game 6 with the Lakers. Maybe I’m selling the Blazers short, but I just can’t see them getting past the Lakers, Clippers and Bucks. Granted, wild stuff happens and games can be random and injuries could happen, but to win a title just doesn’t feel realistic for Portland this year.