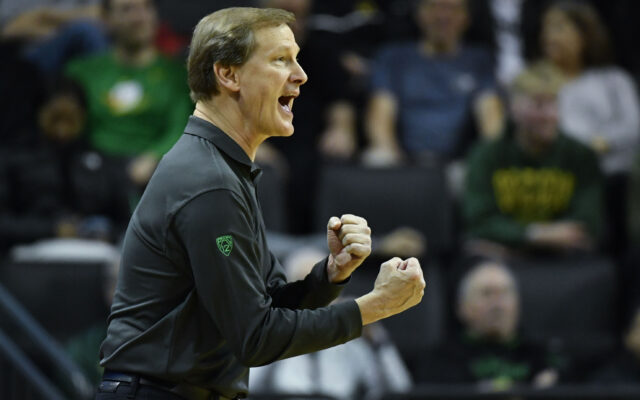 While many northwest sports fans are keyed in on football, college basketball is underway in Oregon.

The Oregon Ducks men (1-1) have a lone game this week, hosting Montana State on Tuesday. That game is at 6pm at Matthew Knight Arena. Kelly Graves’ women’s team is 2-0 and has their lone game of the week tonight, hosting the Southern Jaguars.

Oregon State’s men’s team  (2-0) is in action twice this week – hosting NW Christian Tuesday at 8pm and then hosting the Portland State Vikings on Saturday. The Beavers women’s team (2-0) plays Eastern Washington at home on Thursday night, and then hosts Prairie View on Saturday afternoon.