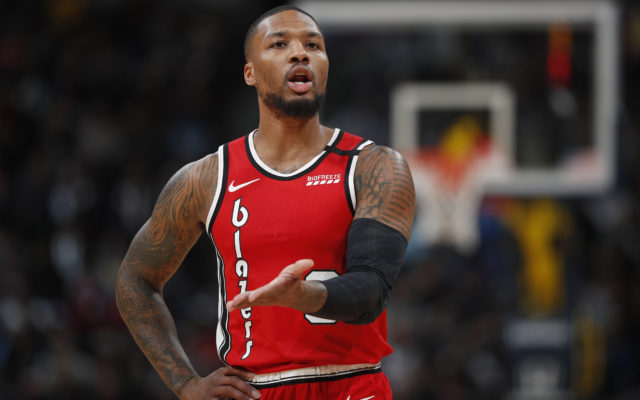 With the NBA Trade Deadline complete, the Portland Trail Blazers stare at 31 more games to play, including five until the NBA All-Star break.

Portland is five games below .500 and three games out of the eighth spot in the Western Conference playoffs. There are plenty of questions left facing the Blazers, and I’m here to focus on three.

Surprising to some, not surprising to others Whiteside survived the trade deadline in Portland. Rumors floated around Whiteside’s future from practically the moment he arrived in the Rose City. Will he be a Blazer after Feb. 6?

The answer became yes after the NBA 12 p.m. PT trade deadline came and went with no Whiteside trade. But what does that mean for the future of the Blazer big man?

Definitively, it means he’ll be a Blazer through the end of the 2020 season. Beyond that, we don’t really know.

Whiteside told Jason Quick of The Athletic he wants to “be on a team for a long time,” but will that team be Portland? At his current cost, the answer is no. The Blazers can’t afford to keep Whiteside at $27 million-plus. If he’s willing to accept less money, and possibly a bench role then it could work.

The 2020 future for Zach Collins and Jusuf Nurkic is still up in the air in terms of definitive return dates. So, Whiteside is useful, at a minimum, until Collins and Nurk rejoin the Blazers rotation. If Portland falls out of playoff contention before those two are ready to come back, I wouldn’t be shocked if they didn’t return. However, if Damian Lillard has anything to say about it the Blazers will be firmly in the west playoffs come mid-April.

Whiteside also told Quick that he and Nurkic could co-exist, and he even went as far as saying the two could be on the court at the same time.

“I would defend the four [power forward],” Whiteside said, according to Quick.

Good for Whiteside for speaking his mind and trying to speak it into existence. However, while he thinks a pairing with Nurk would work, where does that leave Collins?

To me, Whiteside is a 2020 fit and a 2021 castaway. He’ll help Portland as best he can this year, but I don’t see him back with the Blazers unless Carmelo Anthony leaves in free agency–which Anthony says Portland is where he wants to retire.

The Blazers have four pending free agents for 2020-21 season, Caleb Swanigan, Wenyen Gabriel along with Anthony and Whiteside. Anthony wants to come back, again reportedly, and Whiteside bought a house here and wants to stay. It is all about cost.

Whiteside isn’t worth $27 million every year, so would he take a pay cut to stay in Portland? Would he come off the bench if Stotts wanted a Collins-Nurkic or Anthony-Nurkic starting front court? Frankly, would Anthony accept a Collins-Nurkic starting front court? I don’t know the answers to these questions, but if you asked me will Whiteside be a Blazer in the 2020-21 season? The answer feels like a no given all the factors I laid out above.

With five games in front of Portland before the All-Star game, the Blazers sit just three games out of the playoffs. Can Portland get higher than the eighth seed?

The West is stacked this year, and it’s not going to be easy for any teams to get past the squads in Los Angeles. The likeliest landing spot, IF Portland gets to the playoffs is the eight spot. Why? Portland is only three games behind Memphis for the final bid to the postseason.

For context, the Blazers (23-28) are also eight games behind OKC and Dallas for the sixth/seventh spots as those two are 31-20. They are also 9.5 games behind Houston and Utah for the fourth/fifth spots. Making up eight, or worse 9.5 games, in 31 games would be incredible and highly unlikely.

So, let’s just focus on the eighth seed. Portland plays all three matchups with Memphis in these final 31 games, including the last game before the All-Star break on Feb. 12. If Portland beats Memphis in all three games, they can catch the Grizzlies much easier. However, the youth movement in Tennessee is going to make getting that eighth spot difficult.

The good news for Portland? Memphis has the second hardest remaining strength of schedule, while the Blazers are No. 24. The Grizzlies face teams with a combined .546 win percentage in their final 31 games, while Portland’s opponents combine for a .475 win percentage, according to Tankathon.com.

The Blazers face Denver, Dallas, and the LA Clippers each just once the rest of the way, and they see the Boston Celtics twice. Memphis on the other hand will face the Lakers and Toronto twice in home and away games, while they also face the Clippers and Milwaukee Bucks once, but both games are on the road.

I say, the Blazers reach the postseason. Now, the big question, who would the Blazers rather face in the opening round?

Better First Round Playoff Foe is…

At the top of the West, there are three teams who “could” be the No. 1 seed: the Los Angeles Lakers, the LA Clippers and the Denver Nuggets. All three squads are within 3.5 games of each other.

If I’m being honest, all three potential teams could knock Portland out in five games of the first round. However, I honestly think the Lakers are the best bet for the Blazers to pull off an eight vs. one matchup. Maybe I’m crazy. Maybe I don’t care. Maybe it’s just process of elimination.

Against the Clippers, the Blazers only play twice and the second one is the final game of the regular season. The first time, LA hammered Portland in Staples Center 117-97. In other words, 0-1 so far.

The Blazers are a combined 0-4 against the Clips and Nuggets with a game against each still to play. Also, LA and Denver are responsible for three of the seven times Portland hasn’t scored at least 100 points all year.

In the third and final game of the season series, Portland beat the Lakers in Staples, the night they honored Kobe Bryant, 127-119. Granted it took another otherworldly Damian Lillard performance (48 points) to win that game, but hey at least they won it.

All three teams atop the West present a challenge, should Portland actually make the playoffs. But the Lakers are the only team of the three that they’ve beaten this year. The Blazers could change that if they beat Denver or the Clippers in April, but I’d still favor a seven-game series with the Lakers over either of the other two. Again, maybe I’m crazy, but at least they’ve beaten the Lakers this year.