What Does the Pelicans Loss to Utah mean for Trail Blazers? 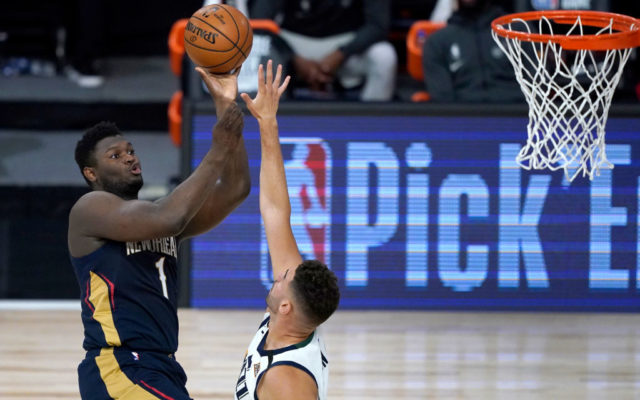 The New Orleans Pelicans led Utah by as many as 16 points on Thursday night, but the Jazz went on a 17-8 run in the final six minutes to steal the victory.

About a minute before the run began, Zion Williamson was taken out of the game for good. Now, it would be irresponsible to say Williamson’s absence is the reason New Orleans lost, but it’s hard to ignore.

Williamson scored 13 points in 15 minutes of action, but he had a terrible plus/minus. The Jazz outscored the Pelicans by 16 points when he was on the floor. However, many experts will tell you that plus/minus isn’t the most indicative stat of wins and losses. I just mention it so I don’t have to hear the devout plus/minus followers get mad that I didn’t mention it.

Why should the Blazers, and you, care?

Granted the Blazers need to capitalize Friday with a win over Memphis, but if they do Portland will have a full game lead on New Orleans for the No. 9 seed. Oh, and they’ll gain a game on Memphis for the No. 8 seed.

However, the other big thing from New Orleans loss is an apparent minutes restriction on Zion Williamson.

“Of course we wish we could have played him down the stretch, but he’d used the minutes that was given to us, so that’s the way it is,” Pelicans coach Alvin Gentry told reporters post game. “We weren’t going to stick him back out there.”

If Williamson is on a consistent minutes restriction, then it might not matter how “weak” the play-in schedule is for the Pelicans.

Now, it would be idiotic to assume he will be stuck at 15 minutes per game for all eight games of the NBA restart, but who knows what New Orleans will do going forward.

The Pelicans don’t want to jeopardize the future of their star just for a first round matchup (and likely exit) with the LA Lakers, hence the minutes restriction.

Next up for the Pelicans, easily their toughest opponent, the LA Clippers on Saturday afternoon. Obviously, the first game for Portland is today (1 p.m. NBA-TV) against Memphis.