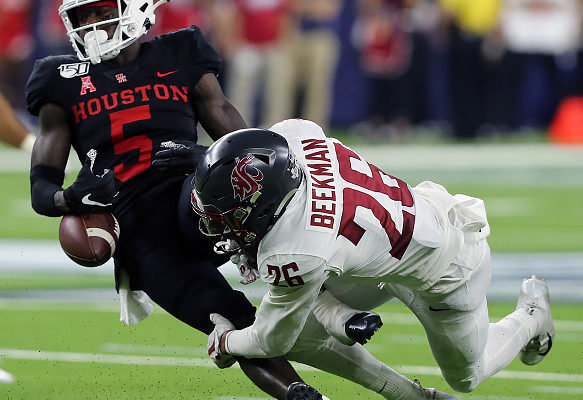 Bryce Beekman (22) was found dead in an apartment by an officer who was responding to a call for help involving “breathing problems,” said Pullman Police Chief Gary Jenkins.

Washington State defensive back Bryce Beekman was found dead at his Pullman residence on Tuesday night, according to police https://t.co/uvosV7NHeh

Chief Jenkins reported that there were no signs of foul play, and that the Whitman County coroner would determine the cause of death for the redshirt senior, Beekman.

Beekman started all 13 games for Washington State after he transferred from Arizona Western College.

First year WSU head coach Nick Rolovich informed the team of Beekman’s passing Tuesday evening. Although he and Beekman’s relationship was still in the early stages, it was no mystery the kind of man Beekman was in the eyes of his head coach:

“My relationship with Bryce was still in its early stages, but I knew him to be a wonderful young man. He was always positive and well respected amongst his teammates. My heart goes out to his family and friends.” – Nick Rolovich