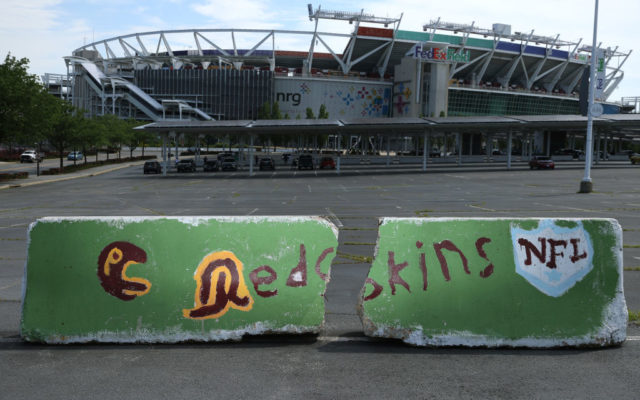 The Washington NFL team announced today they will retire the team’s nickname “Redskins” and logo.

Ben Fischer of Sports Business Daily reports the new nickname can’t be released yet “because trademark issues are pending.”

ESPN’s Jason Reid reports a new nickname could be announced as early as the end of this week, or sometime next week. The NFL wants the new nickname in place before the team is scheduled to open training camp on July 28, according to Reid.

Back in 2013, owner Dan Snyder said he would never change the name. Obviously that has changed, but one NFL team executive says Snyder is “doing what he has to do because there’s no way out,” according to Reid.

One NFL team executive to The Undefeated on the phone: “Look, he [Snyder] is doing what he has to do because there’s no way out. This is much bigger than [Washington’s NFL franchise], which is why [it’s happening now]. But you know he doesn’t want to do this.”

Last week, ESPN reported the team would not use any Native American imagery going forward. However, now ESPN reports the team plans to keep the burgundy and gold color scheme.

On July 3, the team announced it would undergo a thorough review. In their statement today, “as part of [the thorough review] process we want to keep our sponsors, fans and community apprised of our thinking as we go forward.”