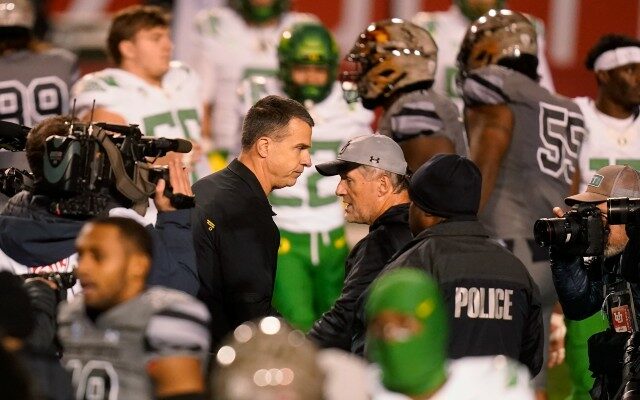 The Oregon Ducks have revenge on their minds as they prepare to face Utah in Friday’s Pac-12 Championship Game (5pm, ABC).

Just two weeks ago, Utah hammered then No.3-ranked Oregon 38-7 in front of a national tv audience and a rocking Rice Eccles Stadium.

Josh Newman covers the Utes for the Salt Lake Tribune.  He joined John Canzano on Monday’s Bald Faced Truth for an initial discussion of Friday’s rematch, this time with a Rose Bowl berth at stake.

Newman said he favors Utah once again, but doesn’t think the 38-7 thumping on Nov. 20th indicates anything meaningful about how the Pac-12 championship will unfold.

“I don’t think that Utah is thirty-one points better than Oregon,” he said.  “I think if you line these teams up on paper, I do think Utah is better than Oregon, and so does Vegas for whatever that’s worth, but I don’t know that having that first meeting really means a whole lot going into the second meeting.”

Listen to the full interview below.