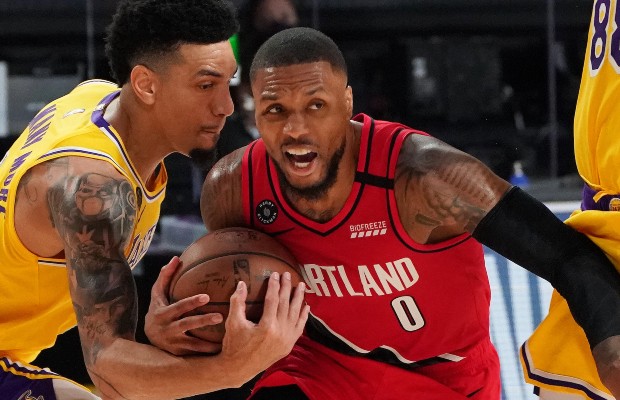 The Trail Blazers will have Damian Lillard available for Game Three against the Lakers (Saturday, 5:30pm, ABC).

Lillard suffered a dislocated left index finger late in the third quarter of Portland’s blowout loss in Game Two, 111-88, reaching in on a drive by Anthony Davis.

Lillard said postgame that he would play in Game Three, but head coach Terry Stotts said it was too soon to tell.

Friday, however, Stotts confirmed Lillard will play in Game Three and will wear a stint on his finger.

Terry Stotts just said that Damian Lillard’s index finger will be in a splint for Game 3, but he will play. #RipCity

That is good news for Portland, of course.  Lillard had a game-high 34 points in the Blazers Game One upset win, and has been on an offensive tear in the Orlando bubble.