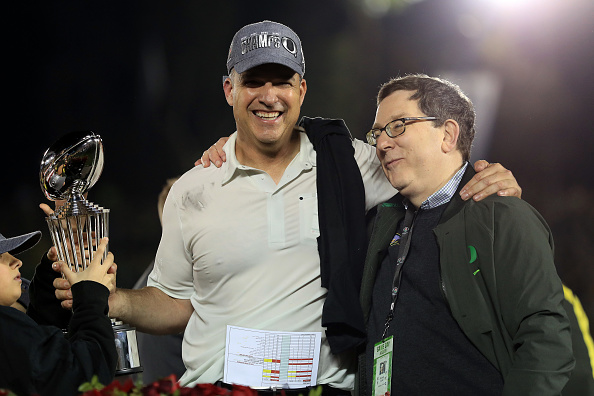 In addition, the institution’s ten vice presidents and athletic director, Rob Mullens, will each take a 10% cut.

It is thought that the reductions will initially last six months, but could be extended to the end of the 2020-21 school year, depending on the University’s financial situation.

“Simply put, we are all going to have to make sacrifices,” said Schill, in reference to the economic uncertainty facing the University of Oregon and other universities around the United States due to COVID-19.

President Schill made the announcement in front of faculty members, staff, and graduate employees via a virtual town hall meeting.

How To Watch: Oregon at Stanford & Washington at Oregon State