Ugly Start for the Timbers Leads to Loss at Austin 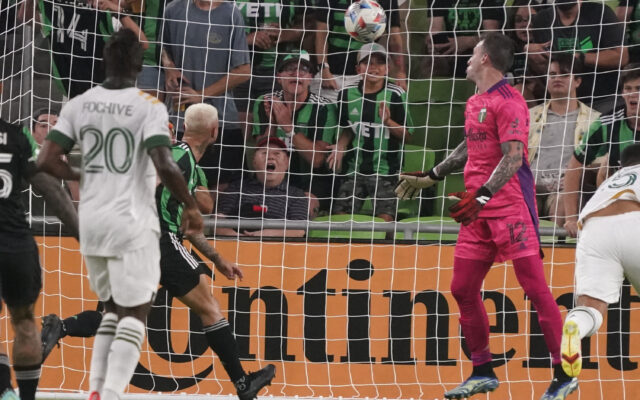 Austin FC jumps out of last place defeating Portland 3-1 Saturday night at Q2 Stadium. Despite scoring the least amount of goals in the MLS, Austin FC seems to enjoy playing Portland beating the Timbers by a combined score of 7-2 in the two meetings this summer.

Saturday night’s affair was all about early goals and Portland’s ability to concede in bunches rang loud, conceding three goals in the opening 29 minutes of the match. First, Dominguez converted a penalty in the 11th minute after a VAR check awarded a trip in the box in Austin’s favor. Three minutes after, Diego Fagundez scored his fourth goal of the campaign firing past Steve Clark. And finally, Sebastian Druissi scored the first goal of his Austin career bulleting the ball in after Bill Tuiloma cleared it off the line on the first attempt for Austin.

With Austin being the last-place team in the west and Portland taking points off one of the best teams in the league the previous weekend, the opening of the match was near embarrassing for Portland. Nonetheless, after halftime, Portland played well. Blanco missed a quality scoring chance in the first minute of the second half but then Dairon Asprilla got Portland on the board in the 55th minute.

Asprilla was the most impactful Timber attacker on the night but after his goal, Austin largely shut things down and went defensive. The defensive strategy worked for Austin and even though Portland utilized a high press, they couldn’t create enough scoring chances in the final 30 minutes of the match.

If Portland won they would have regained the final playoff spot in the west but with San Jose collecting all three points against the Galaxy, Portland now sits outside the playoff spots with 26 points.

Tonight marks Portland’s seventh loss in their last ten road games and it doesn’t get any easier facing first-placed Seattle in eight days on the road.