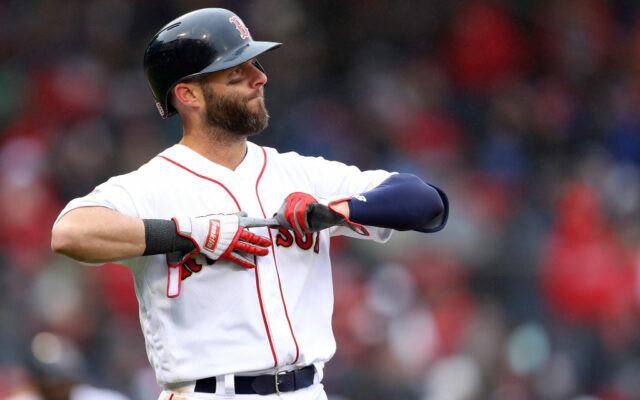 Pedroia only played nine games between 2018 (three games) and 2019 (six games). He didn’t play at all last season.

The knee problems started in April 2017 when then-Orioles star Manny Machado spiked Pedroia on a slide into second base.

People knew the injury was serious at the time, but no one knew that it would be the beginning of the end for Pedroia in professional baseball.

Yes, he still played 89 more games (105 total) in the 2017 season after the incident. However, as mentioned, he only played nine games following his first procedure in Oct. 2017.

Before the injury, Pedroia was a bona fide stud.

Only 10 players ever earned Rookie of the Year, a Gold Glove, an MVP and won a World Series during their entire careers. Pedroia is the only one to achieve all four in his first two full seasons.

ESPN notes, he’s one of three players in Red Sox franchise history with 100 home runs and 100 steals; Mookie Betts and Carl Yastrzemski are the other two.

Pedroia is also known as one of the best “short” players in MLB history at 5-foot-9.

Here, the former MVP explains his decision to retire:

6 months ago
Connect With Us Listen To Us On