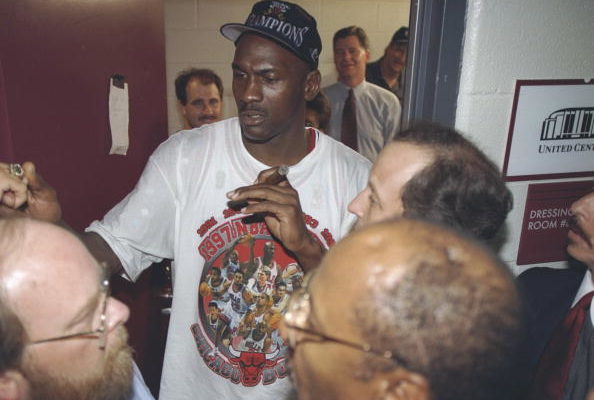 Possibly the most highly anticipated event during the coronavirus pandemic officially came to a close on Sunday night when “The Last Dance” 10-part documentary series aired its final two episodes.

The series dominated social media every night that it aired, and Sunday night’s finale was no exception. There were over one millions tweets about the final two episodes, and a whopping 20 of the 30 trending topics on Twitter were about the documentary.

Looking back, the premier episodes ended up ranking as the two most-viewed original content broadcasts on ESPN networks since 2004.

“As society navigates this time without live sports, viewers are still looking to the sports world to escape and enjoy a collective experience,” said ESPN in a statement made back in early April.

Rodman did it all…

Rodman skips practice to wrestle with Hulk Hogan comes back, beats the Jazz and does this! Baller #LastDance pic.twitter.com/eRSevhoMJI

ESPN collected a few of the most memorable quotes from the series:

DP caught up with “The Last Dance” director, Jason Hehir regarding Karl Malone and Bryon Russell.

#LastDance Director @JasonmHehir confirms that both Karl Malone and Bryon Russell declined to be interviewed for the documentary.

Jim Rome nailed the alternate name of the documentary series…

“It become personal to me” should have been the name of this doc.

We wouldn’t be surprised, Zach…

So did Michael Jordan order a pizza a year later after winning it all again? Had to be motivated to show the pizza place they couldn’t get him sick twice…right?