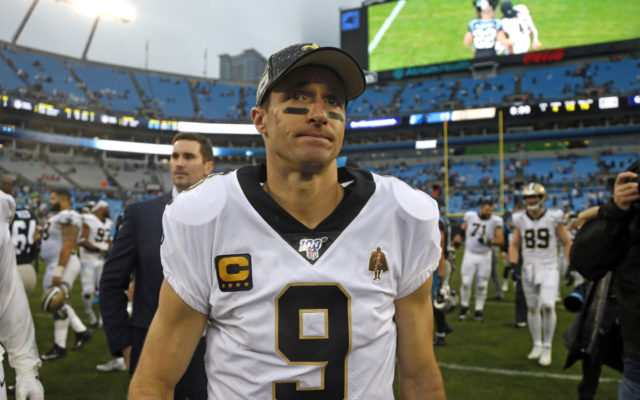 Earlier in the week, New Orleans Saints quarterback Drew Brees released a statement in response to the possible return of NFL kneeling protests saying, “I will never agree with anybody disrespecting the flag of the United States of America or our country.”

The 41-year-old quarterback received a ton of criticism from players, fans, coaches, media, and teammates, ultimately stating that his comments showed a lack of awareness or any kind of compassion or empathy for the situation at hand.

Many took the social media to express their frustration with Brees’ remarks, which for a lot of people made it clear that the Saints quarterback still did not truly understand the reason for Colin Kaepernick’s kneeling during the national anthem back in 2016.

One of them was former NBA player Stephen Jackson (a friend of George Floyd):

LeBron James was furious with Brees’ comments, and was one of the first to speak out on the matter:

men who fought as well for this country. I asked him question about it and thank him all the time for his commitement. He never found Kap peaceful protest offensive because he and I both know what’s right is right and what’s wrong is wrong! God bless you. 🙏🏾✊🏾👑

Teammates of Brees called him out for his statements including wide receiver Michael Thomas. Thomas addressed the situation with Brees personally, and later went to social media to say that he accepted Brees’ apology and wanted to ensure everyone that they are on good terms going forward:

ESPN’s Maria Taylor made a strong statement, sharing her opinion on First Take:

“My patience left my body when I watched George Floyd take his last breath.”@MariaTaylor voices her dismay over Drew Brees’ comments. pic.twitter.com/jiGncUzyCl

Drew Brees issued a personal video message and apology yesterday, to everyone that was hurt by his earlier statement:

“I’m sorry it has taken this long to act and to participate in a meaningful way, but I am your ally in this fight.”