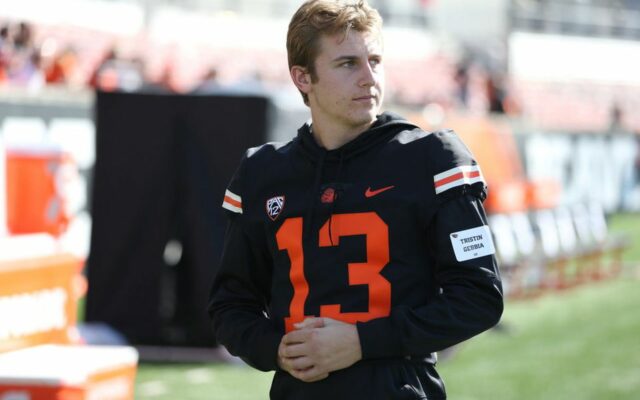 Former Oregon State quarterback, Tristan Gebbia who entered the transfer portal, is heading to Columbus to play for Ohio State next season.  Gebbia played three seasons at Oregon State. His best season was 2020 when he completed 80 of 129 passes for 824 yards with three touchdowns and three interceptions.  The Buckeyes starting quarterback the past two seasons, CJ Stroud, declared for the NFL draft on Monday. Their quarterback room currently includes Kyle McCord who is a former 5-star QB and Devin Brown who is a former high 4-star quarterback.  Ohio State also got a commit from quarterback Lincoln Kienholz who signed with the Buckeyes.

#OhioState is bringing in a transfer portal quarterback in @tgeb_ from #OregonState (FREE) @247SportsPortalhttps://t.co/lFAiYJLESv pic.twitter.com/sVaL044pfw