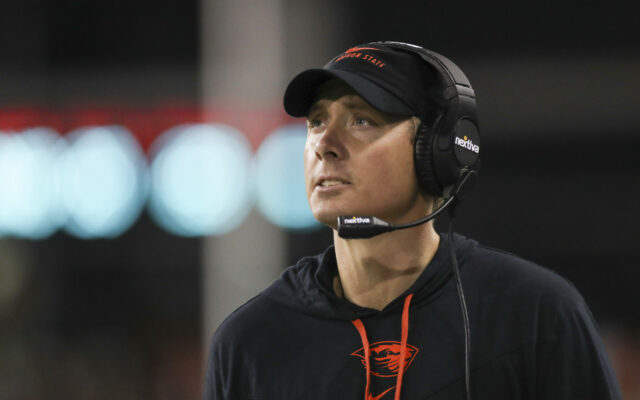 Oregon State defensive coordinator, Trent Bray, has been nominated for the Broyles Award which is given to the nation’s top assistant coach.  Bray is one of 51 assistants nominated nationally, including seven from the Pac-12 Conference. He is in his first full season as the team’s defensive coordinator.  Oregon State’s defense ranks first in the Pac-12 and 15th in the nation against the run, allowing an average of 107 yards per game. The Beavers are second in the Pac-12 in total defense at 336 yards per game, and  third in scoring defense and passing defense.

The Beavers are 7-3 on the season and looking for their first 10 win season since 2006.  Oregon State takes on Arizona State this Saturday in Tempe.