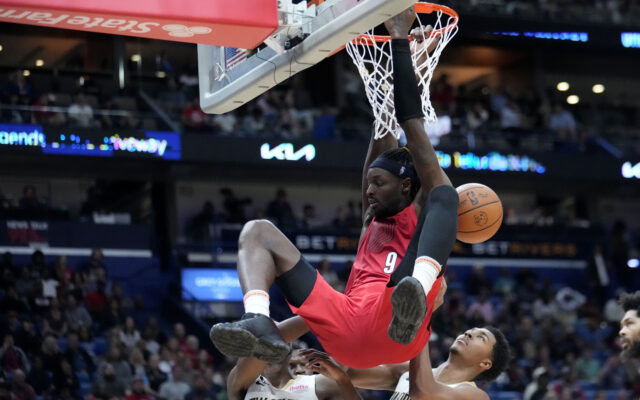 Jerami Grant dribbled between his legs, knifed between New Orleans forwards Zion Williamson and Brandon Ingram and dunked hard with two hands before defenders Herb Jones and Trey Murphy III could meet him at the rim.

Grant, who hit four 3-pointers and several midrange shots, said he knew Pelicans defenders would “have to press up a little bit” as he dribbled near the top of the key.

“I gave them a little misdirection and then the lane opened up,” Grant said. “I knew I had to be aggressive, especially with Dame out.”

Former Pelican Josh Hart added 17 points for the Blazers, who improved to 6-1 on the road.

Former Trail Blazer CJ McCollum, who played despite feeling ill, finished with 13 points but missed 11 of 17 shots and went 1 of 7 from 3-point range.