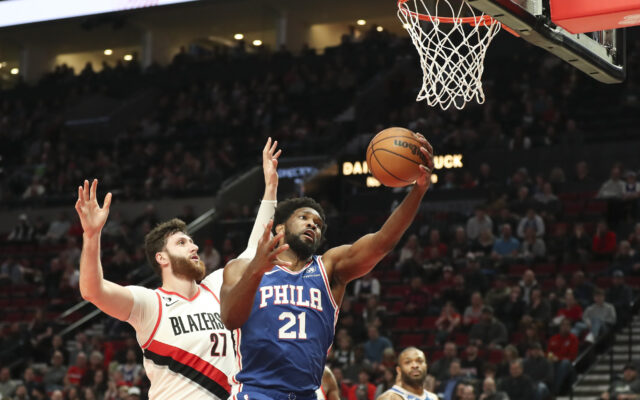 The Portland Trail Blazers looked flat from the opening tip in Thursday night’s 105-95 loss to the Philadelphia 76ers.

Portland committed nine first quarter turnovers, and found themselves down 57-34 at the half before closing the gap to as close as seven points in the second half.

Damian Lillard and Jusuf Nurkic combined to shoot 8-31 from the floor. For the 76ers, Joel Embiid had 32 points and nine rebounds. James Harden chipped in 16.

Up next, the Trail Blazers host LeBron James and the Los Angeles Lakers on Sunday night.