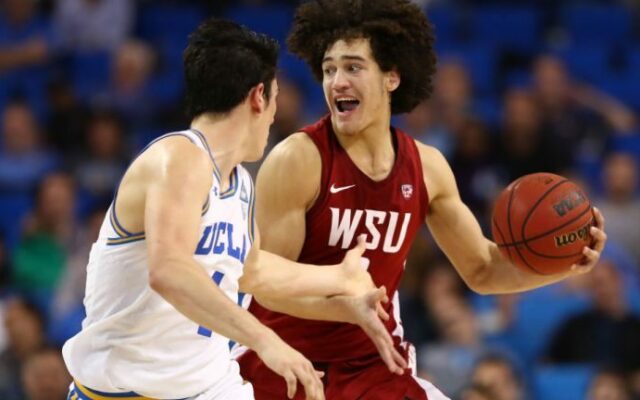 After trading their first round selection earlier in the week in a trade to acquire Rockets’ PF Robert Covington, the Trail Blazers selected Washington State guard/forward CJ Elleby with the 46th overall pick in the NBA Draft.

As a sophomore last season with the Cougars, the 6-foot-6 Elleby averaged 18.4 points per game (fourth in the Pac-12) and 7.8 rebounds per game while shooting 39.6% from the field and 33.9% from three-point range. He played in all 32 of Washington State’s games, and was named first-team All-Pac-12.

Here’s Elleby knocking down some corner threes to end practice with the Cougars: