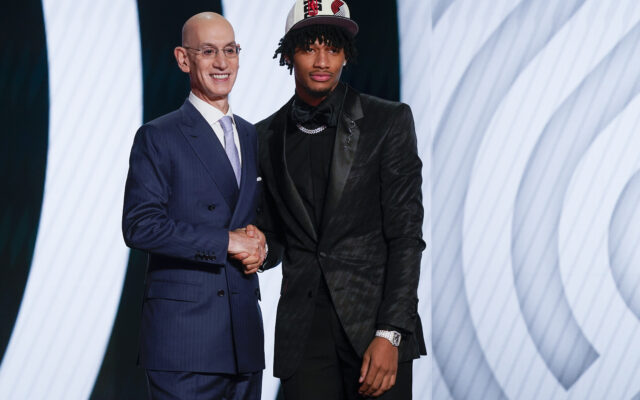 Despite some speculation that they would trade the pick, the Portland Trail Blazers made a selection at No. 7 overall in the NBA Draft on Thursday night, taking guard Shaedon Sharpe out of Kentucky.

Got our guy! #RipCity pic.twitter.com/5J1qqatATg

Sharpe stands 6’6” and weighs 200 lbs.  He is originally from London, Ontario, Canada, but played high school ball at Dream City Christian High School in Arizona before technically joining the Kentucky Wildcats, but never playing an actual collegiate game.  Sharpe was the consensus No.1 ranked recruit in the high school class of 2022, but graduated a semester early to join John Calipari and Kentucky in January.  While at Lexington, though, Sharpe never took the floor in game action with the Wildcats, instead participating as a practice player only.

Sharpe has a 6′ 11-1/2 inch wingspan, projecting him as a prime defensive prospect on the perimeter, and also boasts explosion on the offensive side of the ball.

“I’m sure he’ll get some minutes,” Cronin said.   “I don’t know how much. He’s going to have to come in and earn it. We have a good team with good players at his position.”