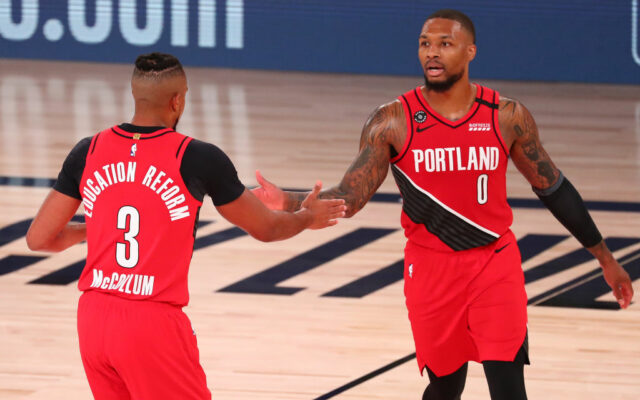 The Portland Trail Blazers season will start on Dec. 23 at home in the Moda Center against the Utah Jazz.

In the first two-plus months, Portland will play six of their first 11 games on the road, including four straight with the LA teams and Golden State.

Then, the Blazers play seven straight at Moda. Immediately after that homestand, Portland hits the road for six games, their longest road trip of the opening portion of the season.

Overall, the Blazers will play 19 games at home and 18 on the road for the first 37 games of the season.

Portland will have five games on national TV in those first 37 matchups.

The first half of the NBA schedule for the Blazers runs through March 4. The NBA All-Star Break will be March 5-10.

Some time during the “latter part” of the first portion of the season the back half of the schedule will be released, per Portland’s press release.

Let’s do this! #RipCity pic.twitter.com/7NzKRYNrUj

The final part of the season will consist of 35 games for Portland because the season is only 72 games.