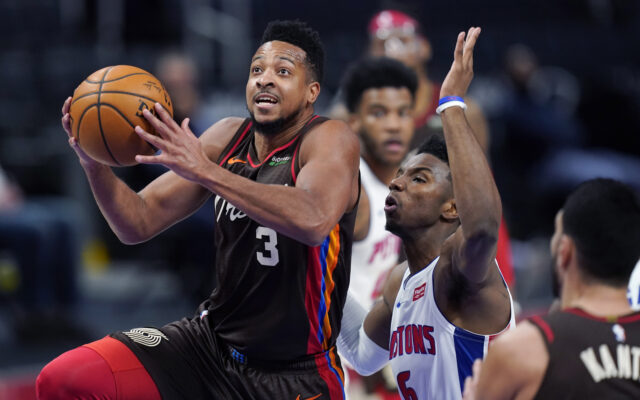 Portland led at times throughout the first half, but at the end of the first and second quarter they trailed Detroit. Cue Damian Lillard.

Dame Time showed up early as Lillard scored 16 in the third quarter alone, including this ridiculous shot.

lol Dame is so good pic.twitter.com/N6wYEuuwmv

Along with Lillard’s outburst, CJ McCollum, Robert Covington and Norman Powell all stuffed the stat sheet.

McCollum poured in 24 points to go with six assists, three rebounds, two blocks and a steal. RoCo continued his hot shooting (6-of-8 overall, 4-of-5 from three) and finished with 16 points, six rebounds, three steals, a block and an assist.

In his third game as a Blazer, Powell had 14 points, three rebounds, three steals, two assists and two blocks.

Jusuf Nurkić was in his third game back, and he finally hit more than 20 minutes in a game. It was only 21 minutes, but hey it’s a start. He brought six points, six rebounds, four assists and a steal to the table.

Finally, off the bench, Carmelo Anthony (16 points) and Enes Kanter (10 points and eight rebounds) were the biggest contributors.

For the Pistons (13-34), Jerami Grant led the way with 30 points, but his big dunk was what caught everyone’s attention.

Up next, the Blazers return home for a Friday night date with the Milwaukee Bucks on NBA-TV.