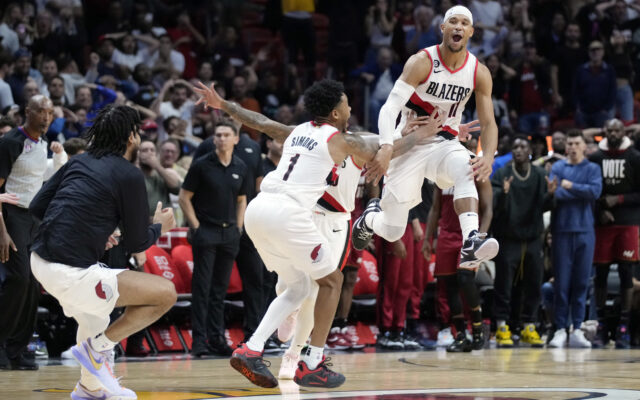 The cardiac-Blazers did it again.

After slogging their way to a double digit 4th quarter deficit, the Trail Blazers once again stole victory from the jaws of defeat with another game-winner at the buzzer in a 110-107 stunner over the Heat.

Just days after Jerami Grant stunned the Suns with zeroes on the clock, it was Josh Hart’s turn to play the hero:

The win moves Portland to a surprising 7-3, despite facing the 6th most difficult schedule in the NBA thus far.

The Trail Blazers are back at it Wednesday against the Charlotte Hornets.