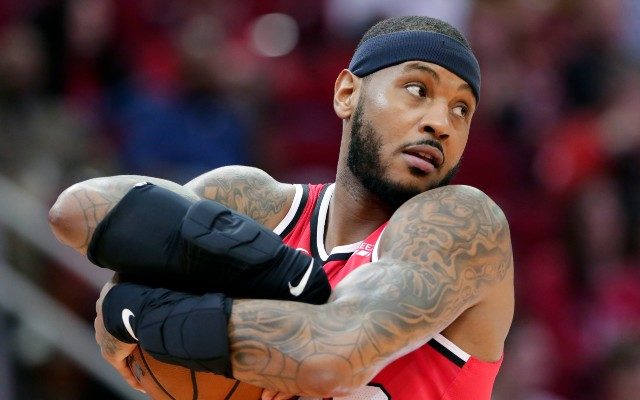 With 20 games left in the 2019-20 NBA regular season, the Portland Trail Blazers are in a dogfight to make the playoffs. Their 27-35 record has them sitting three-and-a-half games back of the 8-seed Memphis Grizzlies, tied for the 10-seed, with the Sacramento Kings moved into ninth place, a half-game in front of Portland.  Although this season is all-but-guaranteed to be a disappointment after Portland’s run to the Western Conference Finals last season, there is still hope to get into the postseason. But time is running out.

The Trail Blazers can’t wait 20 more games, or 10, or even three to start stringing together victories – they need to start now. Portland is in the midst of a stretch where they play seven consecutive teams with losing records, opened with a split against the Atlanta Hawks and Orlando Magic. Over the next eight days, their opponents are the Washington Wizards, the Phoenix Suns (twice), and two teams that they need to beat out – the Sacramento Kings and Memphis Grizzlies. After dropping a game to the lowly Hawks, Portland needs to win at least four of the next five, including against Sacramento and Memphis.

The good news, the team is getting its best weapon back. After a six-game absence that saw the team go 2-4, Damian Lillard is returning to the lineup Wednesday night against the Washington Wizards. Hopefully his strained groin is healed and his legs are fresh after an extended absence. Lillard is likely going to need to carry Portland through this stretch.

Despite having a lead in the standings, things aren’t as bright for the Grizzlies, who face the West’s toughest schedule going forward. They will be without breakout center Jaren Jackson Jr. for at least another week with a sprained knee. Memphis has been missing his 17 points per game and 40 percent shooting from the 3-point line.

That likely leaves the Pelicans and the Kings as Portland’s main competition. The Kings have finally started playing well of late, winning nine  of their last twelve games. But the Pelicans have been on an absolute roll since Zion Williamson was cleared for action, going 10-5 with the standout rookie on the floor. Not only that, but New Orleans is 19-11 since December 20th. Not the record of a team that is going to fade away anytime soon. Even worse news for Trail Blazers fans? The Pelicans have the easiest remaining schedule in the entire NBA, facing teams with a combined .441 winning percentage.

The Trail Blazers have their work cut out for them. But largely, they still control their own destiny. Wins over Memphis and Sacramento are necessary. So is handling the remaining soft stretch of their schedule. After that, can they steal a win over a team like the Rockets? Maybe against the Jazz? If the team is able to coalesce around Damian Lillard’s return, there is still a real likelihood of Portland earning a first round date with LeBron James and the Lakers.