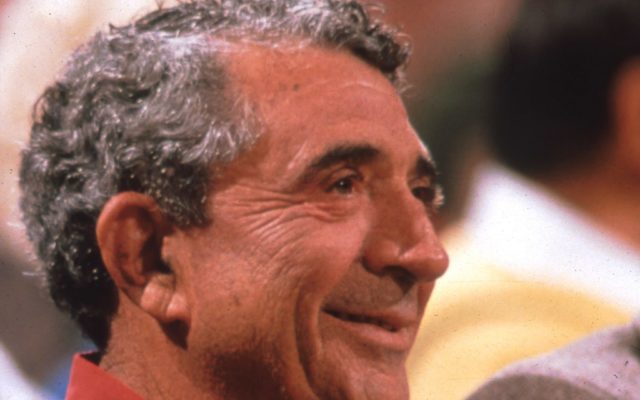 Trail Blazers founder Harry Glickman has reportedly passed away at the age of 96:

Sadly, we’ve learned, @trailblazers founder Harry Glickman has passed away. He was a Great man and true Sports Icon. He was 96.

Born in 1924, Glickman attended Lincoln High and University of Oregon. After working to bring NFL preseason games and appearances by the Harlem Globetrotters to Portland, Glickman was a founding owner of the Portland Buckaroos of the Western Hockey League.

But his main interest lie in basketball, and Glickman was determined to place an NBA franchise in Portland upon the decision to create Memorial Coliseum in 1954. While the NBA refused his offer, in 1959 Glickman negotiated with Abe Saperstein to have a team on his American Basketball League, but the league folded before he could make it happen.  In 1970, Glickman, working without any investor support, won an expansion franchise with the NBA, subject to coming up with $3.8 million in a matter of days. Glickman soon rounded up 3 wealthy real estate developers led by Herman Sarkowski of Seattle, who then brought in Larry Weinberg of Los Angeles and Robert Schmetz of Boston.

Glickman oversaw all business and basketball operations as the General Manager of the franchise from its inception in 1970 until his retirement in 1987, and continues as the Blazers’ president emeritus. After Paul Allen brought the club, Glickman’s son Marshall was promoted to Senior Vice-President.

After his Blazer career, Glickman served his son Marshall Portland Family Entertainment, a business venture which promotes baseball and soccer in Portland, and which managed a $38 million renovation of 21,000-seat Civic Stadium (now Providence Park) on behalf of the City of Portland.

On February 15, 2019, Glickman was named as one of two 2019 recipients of the John Bunn Award(with Del Harris), awarded by the Naismith Memorial Basketball Hall of Fame as a lifetime achievement honor for those “whose outstanding accomplishments have impacted the high school, college, professional and/or the international game.”

“The Trail Blazers have long been the beneficiary of Harry’s vision, generosity, and inspiration,” said Jody Allen, Chair of the Trail Blazers. “As the team’s founder and first General Manager, his leadership was instrumental in igniting our city’s pride and passion for sports. I am grateful for Harry’s many contributions to the franchise over the years. He will be missed by many.”