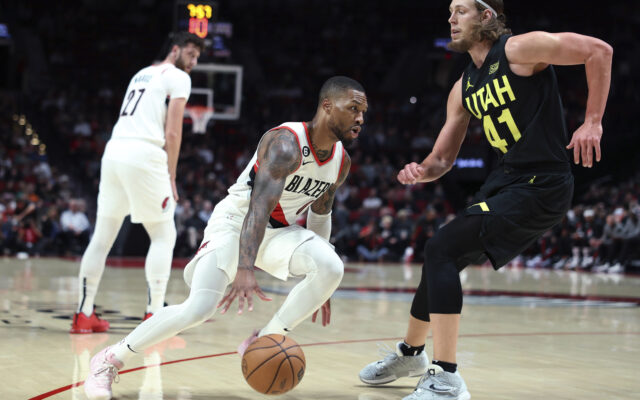 The Portland Trail Blazers had their moments against the Jazz on Tuesday night, but defensive lapses in the second half cost Portland a chance to win their preseason home opener, as they lose to the Jazz 118-101.

First, the good – Damian Lillard continues to look like the superstar of previous seasons; displaying a quick first step and elevating with strength on his 3-point attempts. Lillard finished with 21 points along with five rebounds and six assists.

Jerami Grant continues to impress in a Trail Blazers uniform, slashing to the rim with ease and shooting lights out from beyond the arc – all within the flow of the offense. Grant notched 13 points and went 3 of 5 from the 3-point line.

Now, the not so good.  The Trail Blazers, despite stressing defense this preseason, had stretches of serious lapses in the second half. They allowed Utah open 3-pointers, uncontested drives, and lost their man off-ball to allow an easy cut for the score. Portland surely had their moments defensively, forcing a turnover and getting out in transition multiple times. But the consistency isn’t quite there yet.

Jusuf Nurkic, while playing efficient basketball, again racked up a couple cheap fouls which compounded into further unnecessary fouls. While this was only a preseason game, the Trail Blazers need Nurkic to move past his tendency to pick up frustration fouls and remove himself from the action. Nurkic fouled out midway through the third quarter.

Up next, the Trail Blazers host Israeli team Maccabi Ra’Anana on Thursday night.