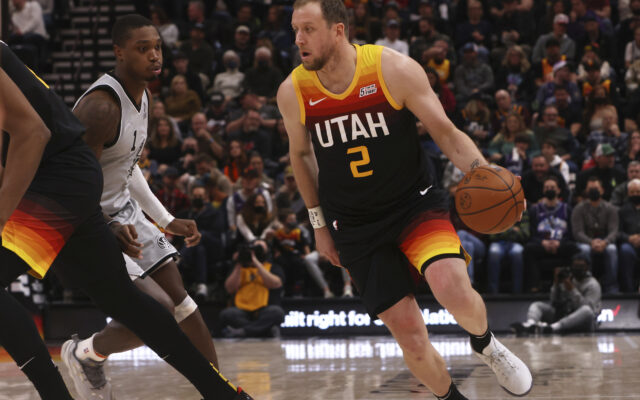 Portland has been busy in the trade market this week trading away key names like C.J McCollum, Robert Covington, and Norman Powell. Today, the Trail Blazers moved a pair of pieces, Nickeil Alexander-Walker and Tomas Satoransky, acquired in the C.J McCollum deal.

Initially reported by ESPN’s Adrian Wojnarowski the three-team deal goes as follows: The Jazz will acquire Alexander-Walker from the Portland Trail Blazers and reserve forward Juancho Hernangomez from the San Antonio Spurs in the deal. Portland will send guard Tomas Satoransky to San Antonio and acquire second-year forward Elijah Hughes from Utah. While the Jazz send injured veteran forward Joe Ingles to Portland. The Jazz will also send a second-round pick to both the Blazers and the Spurs.

Joe Ingles has been a staple for the Utah Jazz the last five seasons but there is a good chance he never suits up in Trail Blazer colors. The Australian is currently out with a torn ACL plus his $13 million contract is expiring at the end of this season.

Portland will certainly have a healthy amount of cap space this offseason that GM Joe Cronin will be able to maneuver with.