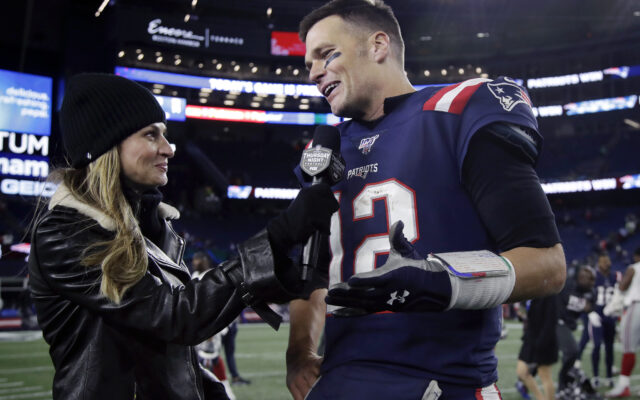 Tom Brady will eventually retire from professional football.  That day will happen.  We’re pretty sure.

When it does, his public-facing football future has been decided.

Brady will join Fox Sports as the network’s lead analyst, it was announced Tuesday.

Dollar figures for the agreement are mind-boggling, with The New York Post reporting the deal is for 10 years and $375 Million, the most lucrative contract in sports broadcasting history.

Kevin Burkhardt replaces Buck as Fox’s lead play-by-play man, and Brady will join Burkhardt to call the top games on the network.

Brady turns 45 years old in August.  He is coming off a statistically fantastic 2021 season, his second with the Tampa Bay Buccaneers, in which he threw for a career-high 5,316 passing yards and led the league with 43 passing touchdowns.

Excited, but a lot of unfinished business on the field with the @Buccaneers #LFG https://t.co/FwKlQp02Hi

🚨NEWS: Tom Brady’s contract to call games for Fox Sports is for 10 years and $375 million, The Post has learned. https://t.co/WDcPjMYhYE