The date, time and broadcast details have been released for the Portland Timbers first round playoff matchup against FC Dallas.

The Timbers are the 3-seed in the Western Conference Playoffs and will host the 6-seed FC Dallas.  The game will be played on Sunday, Nov. 22nd, with a 7pm kickoff from Providence Park on 750-AM and streaming at 750TheGame.com.  The game will be televised on ESPN.

From the Portland Timbers press release:

PORTLAND, Ore. – The Portland Timbers will face FC Dallas in the first round of the Audi 2020 MLS Cup Playoffs at Providence Park on Sunday, Nov. 22, it was announced today. Beginning at 7 p.m. (Pacific), the match will be televised nationally on ESPN.

The MLS Cup Playoffs will feature single-elimination, knockout matches hosted by the higher seed from start to finish. The postseason will consist of a total of 17 knockout matches to be played over 22 days, beginning on Friday, November 20 and culminating with 2020 MLS Cup on Saturday, Dec. 12.

The Timbers secured the No. 3 seed in the Western Conference after earning a 1-1 draw on the road against Los Angeles FC on Nov. 8. It marks Portland’s fourth consecutive trip to the postseason – a club record for consecutive playoff appearances. The Timbers have qualified for the playoffs in six of their 10 seasons in MLS.

Portland squares off against FC Dallas in the MLS Cup Playoffs for the third time in its history, posting a record of 2-0-1 in the previous meetings. The two teams first met in the two-legged 2015 Western Conference semifinals, with the Timbers advancing to the club’s first MLS Cup. In 2018, Portland recorded a 2-1 win on the road against FC Dallas in the Knockout Round.

With a win, Portland will advance to the Western Conference semifinals to square off against the winner of No. 2 seed Seattle Sounders FC and No. 7 seed Los Angeles FC on Nov. 29, Dec. 1 or Dec. 2. 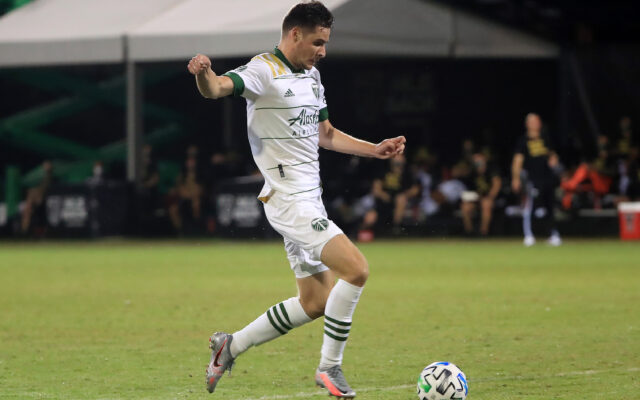 Timbers Hold Off Vancouver 1-0, Propel to Top Spot in the West