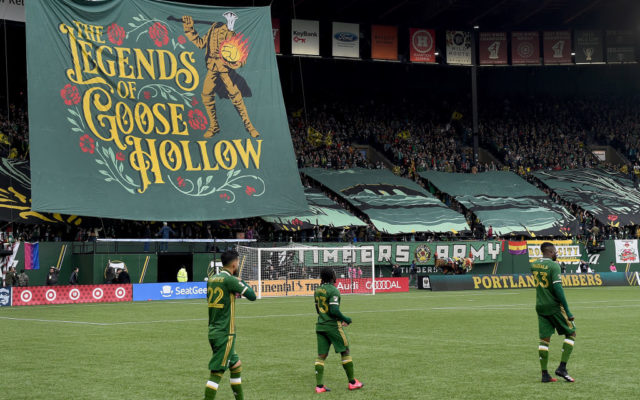 Major League Soccer and the National Women’s Soccer League postponed their seasons due to COVID-19 in March, but Portland Timbers and Thorns owner Merritt Paulson is more optimistic about the season returning this summer.

Paulson spoke with Jamie Goldberg of The Oregonian and detailed a number of different things for the future.

“I’m more optimistic today than I was before that MLS will be able to execute some sort of event, hopefully beginning over the summer in a safe environment, likely without fans,” Paulson told Goldberg. “Obviously, the later we start and the later we’re able to get games in, the likelihood of being able to get a full season in decreases.”

Earlier this month, Gov. Kate Brown warned Oregonians not to expect large gatherings before October. Paulson is hopeful she will take a “wait-and-see” approach to a final decision.

“Don’t discount the rate of change here,” Paulson said in The Oregonian. “I don’t think the governor’s statement is in stone either. I think she’s a data-driven governor and has made good decisions throughout this process. I would hope that we’re able to at least take a little bit more of a wait-and-see approach with what we do.”

ESPN is also reporting that for the MLS, a plan is “solidifying” with a summer tournament involving all 26 teams in Orlando.

The proposed competition would see players and coaches from all teams head to the ESPN Wide World of Sports complex in Orlando to begin training on June 1, with the tournament –involving matches without fans — set to begin 3-4 weeks later, according to ESPN.

As for the NWSL, Commissioner Lisa Baird talked with Goal.com about their plans.

“The NWSL Board of Directors approved the creation of a schedule that targets kickoff for the last weekend in June,” Baird told the site. “Our staff has been working extremely hard to operationalize the new schedule along with all contingency plans and safety protocols.”