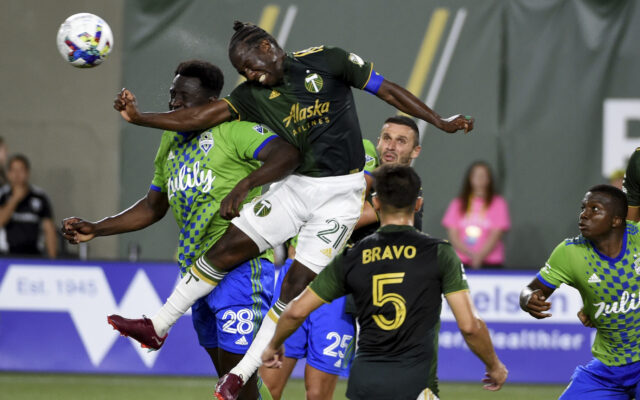 The Portland Timbers beat the Seattle Sounders in Portland on Friday night 2-1.  The Timbers gave up an early goal in the 8th minute off of a header by Yeimar Gomez.  The Timbers were the beneficiates of a controversial foul call in the box which led to a Dairon Asprilla goal off of a PK to tie it at 1.  The Timbers who have been a great 2nd half team did it again.  In the 51st minute, Sebastian Blanco had a very goal off of a brilliant pass by Asprilla to give the Timbers a 2-1 lead.  The Sounders put up a couple of good shots at the end of the match, but it wasn’t enough as the Timbers get the win and the 3 points.

Next up for the Timbers is a match is Austin against Austin FC on Wednesday at 6PM.  We will have all of the coverage right here on 750 The Game.