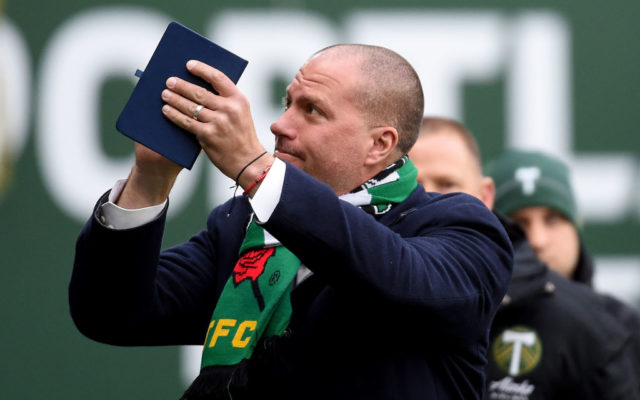 The Portland Timbers today announced that the club has signed head coach Giovanni Savarese to a multiyear contract extension. Heading into his sixth season at the helm for Portland, Savarese’s contract extension will see him through 2025 with a club option year in 2026.

“Gio has a proven track record of success in MLS, and we are excited to officially announce his extension as the head coach of the Portland Timbers,” said Ned Grabavoy, Timbers technical director. “We are thrilled that he’ll continue to be our on-field leader for years to come and he will certainly play a major role in helping the club continue to progress.”

Since joining the club in 2018, Savarese has led Portland to two MLS Cup appearances (2018, 2021), winning two Western Conference Championships in five seasons. Savarese also helped the Timbers claim the 2020 MLS is Back Tournament title and became the only manager in the club’s MLS-era to guide Portland to the MLS Cup Playoffs in four out of his five seasons as the head coach. Notably, the Caracas, Venezuela native has qualified for a league final five times in his seven seasons as a head coach at the professional level, including his time with the NASL New York Cosmos. With the contract extension, Savarese is on path to become the longest-tenured head coach in club history with six seasons at the helm.

“This is something that has been in the works since the MLS Cup last season, and for me, what felt right was to stay in Portland,” said Savarese. “I love the passion and the energy that our fans bring, and I believe in Portland as a soccer city. I’m honored to lead this team and plan to continue to help the team be competitive and build something bigger so we can make the fans very proud.”

In five seasons, Savarese has led the Timbers to 68 victories, which is tied for the most victories of any head coach in club history dating back to 2011. Savarese’s 68 wins since the start of the 2018 season are also tied for the third most amongst MLS coaches in that span. Under Savarese in the 2022 season, the Timbers finished the campaign with a 11-10-13 record, tallying 46 points. In 2021, Savarese led Portland to 17 wins in the regular season, recording a new single-season club record. Savarese became one of three head coaches since 2000 to register 18 or more wins, including playoffs, in his first year as a head coach in the league in 2018, while also becoming just the second head coach in the last 14 seasons to advance to MLS Cup in his first year in the league.